Sometimes I think about how much things have changed in such a short period of time. Like, people act like things exploded in change (because of technology and the advancements of science) from the early 1900s to the mid 1950s. And I can’t even disagree with that.

But that’s 50 years for things to change. When I think about just the last 20 years, to me, well, things have changed even more.

I think back to just 10 years ago when I was a junior in high school. First off, that’s a crazy sentence to even be typing out considering that an entire decade has gone by since my high school years. But nonetheless, social media and the internet were far simpler things that were, for the most part, periphery to my life.

Well, fast forward to the here and now and those things are no longer peripheral but incredibly immediate to who I am and what I do every single hour.

At one point social media used to be a thing people would check on once a day. At most, you’d spend 20 minutes or so browsing through your feed of 100 friends and whatnot. You’d make your own post or comment and hop off in order to get back to reality.

Today, however, you hop onto social media because that is your reality. No longer is it something “extra” to your life. It’s part of who you are.

Perhaps I’m speaking on behalf of the youngest generation right now. While millenials get a lot of flak for being “brain dead zombies”, they’re actually growing up to realize how important and even negative technology can be on you. It’s the younger kids who are becoming attached and even being made by technology and social media. 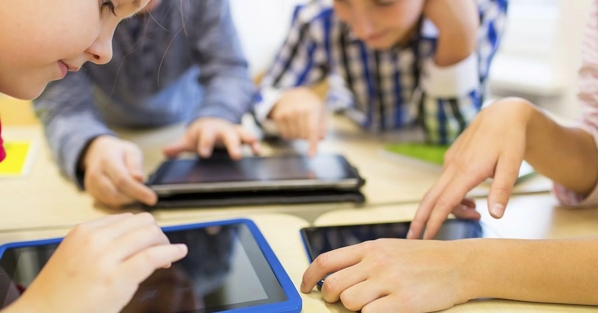 I remember when my dad and my uncle used to sell things online when I was young. It was the dawn of the internet. They would make a killing off stuff because there was no Facebook to pretty much sell immediately to people you knew. They’d gather up their shipping supplies, package up some of their old baseball cards, and ship them off to somewhere far away because of a little site called eBay.

Now, though, I feel like people don’t really respect where that kind of stuff came from. Now, people can find all sorts of resellers and auction sites and even buy things for cheaper. Fewer and fewer internet users need to stock up on shipping supplies because, well, they can just sell something to one of their friends or followers on social media and meet up with them instead.

Are you new to blogging, and do you want step-by-step guidance on how to publish and grow your blog? Learn more about our new Blogging for Beginners course and get 50% off through December 10th.

WordPress.com is excited to announce our newest offering: a course just for beginning bloggers where you’ll learn everything you need to know about blogging from the most trusted experts in the industry. We have helped millions of blogs get up and running, we know what works, and we want you to to know everything we know. This course provides all the fundamental skills and inspiration you need to get your blog started, an interactive community forum, and content updated annually.

It could be a real nerve-racking task to arrange corporate gifts if you are not aware of the rules involved in it. Corporate gifts hold important value in the process of business relationship improvement among clients, other businesses in the industry and even employees. Powerful presentation of gift is as important as worth of the gift. With that said, there are aspects that you need to take into consideration in order to prepare corporate gifts.

Make sure you know the rules

Before preparing gifts, check if your office already has any regulations regarding corporate gifting in place. Some companies regulate gifting process with strict rules, which may limit you from doing what you would think about doing while preparing a gift for clients or any other group or individual of your company’s interest. Complying with those rules will help you keep the gifting process according to company’s requirements.

When you receive the budget for preparing corporate gifts, the immediate task that you should do is to organize the process according to the budget allocated. It mainly involves deciding the worth and number of gifts. Preparing an extravagantly expensive gift for a client, no matter how regular that client would be, is not an ideal practice. The client wouldn’t feel comfortable while receiving that gift; and this kind of gifting will be widely perceived as the company’s desperate effort to strengthen business-customer relationship.

Be on the safe side

It’s important to make sure that receiver of the gift likes the gift. Nevertheless, it becomes very difficult to arrange a gift for each person according that person’s likings when it comes to corporate gifting. In that scenario, keeping the generic interest in gifts in focus is the best bet. If most of the gifts you are preparing are not destined for a location far away, you can consider using gift baskets as the appropriate presentation technique. You can also pack the gift along with its basket using suitable shipping supplies and sturdy box but you can skip the basket in this case.

Branded items make the best gifts. Preparing gifts from branded items will not only make preparation easier for you, but this will make it easier for you to beautify the gift with flawless uniformity. Furthermore, the branded gifts can help you cut a great cost on the gifting process.

Making the gift too personal is unwise. For instance, you wouldn’t want to add roses or heart-shaped stickers on the gifts. Furthermore, the items like perfume or cosmetics are usually regarded as inappropriate when it comes to corporate gifting.